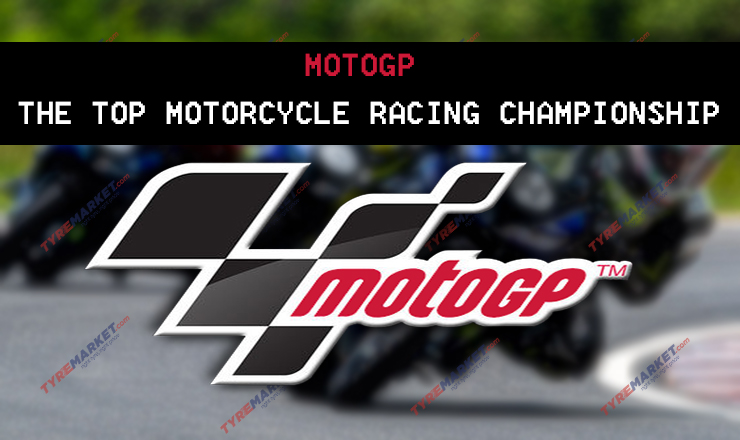 Imagine feeling anticipation, fear, freedom, trust, surprise, anger, sorrow and not to mention euphoria… Now imagine having all those feelings swishing past you at the speed of 350 kmph. 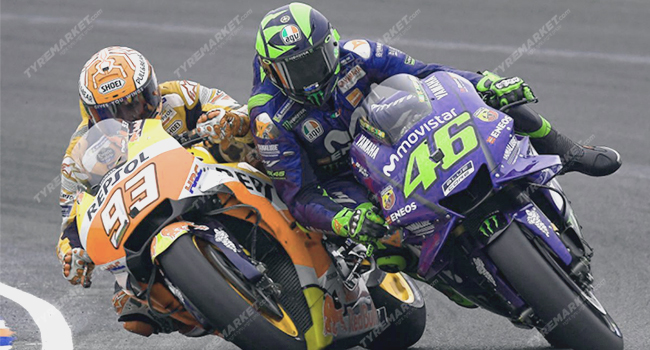 Let’s rewind a bit, remember that feeling you had when you first peddled faster on your bicycle and won a race amongst your friends? And then the first time you were allowed to ride your dad’s motorcycle all on your own and tested it to the limits on an open straight road? And how about the first time you zipped through traffic on your brand new motorcycle just to not let the other guy win a finish-line-less race?

Bet you remember all of it, and the only reason you remember that and will do it all over again whenever you get the chance boils down to the adrenaline rush, the feeling of winning… 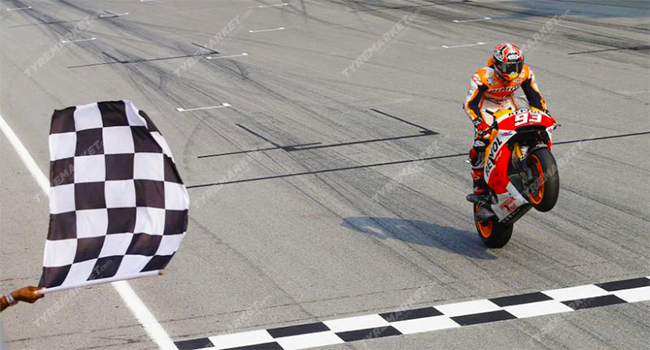 This is what MotoGP is all about but of course, multiply the intensity by 100 times as only the select few ever get the chance to experience being one with the fastest motorcycles and to compete with some of the best riders on the planet. Be it rain or sunshine, they race. Age has no barrier, they race. According to them, “There is just the metal, connecting you rubber, to asphalt”.

A glimpse into building a MotoGP motorcycle… 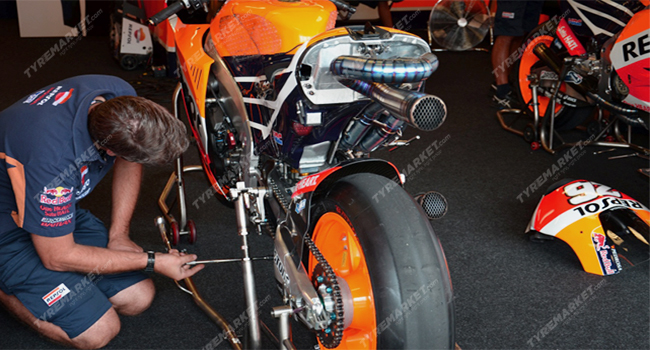 MotoGP is the greatest of all road motorcycle racing events in the world. These motorcycles are built with meticulous precision based on the technical rules set in order to allow an equal playing field for all riders. These motorcycles are generally not available for purchase to the public and neither are they road legal. Building one of these magnificent machines is a fiercely technical and competitive journey that requires enough patience.  On the basic, the heart of the beast comes first and as soon as one is built, it is tested vigorously on the dynamometer. After the testing produces satisfactory results, the engine is then housed in its very own specially engineered chassis for most manufacturers use aluminium while a few others prefer steel. Once that’s done the rest of the parts like suspensions, brakes etc are mounted. Finally the shakedown test… the first time when the motorcycle is tested on a track so that the rider can provide integral feedback on how the bike handles and functions. And then the re-tuning is a repetitive process till the beast perfects its craft.

A trip down memory lane… 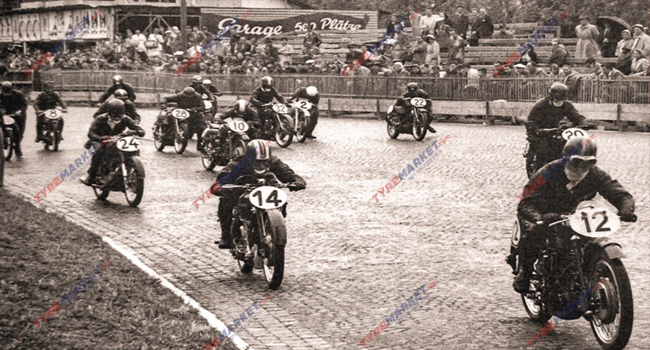 It all started when the Fédération Internationale de Motocyclisme (FIM) organized the very first Road Racing World Championship Grand Prix in 1949. Initially, races were held for all categories of bikes and well as engine sizes such as 50 cc, 80 cc, 125 cc, 250 cc, 350 cc, 500 cc, and 750 cc solo machines and at some point, 350 cc and 500 cc class motorcycles with sidecars. It was not till the 1960s that all machines adopted 4 stroke engines over the 2 strokes especially in the higher capacity segments.

Over the next decade or four, there were many changes that took place due to which several Asian Motorcycles teams like Yamaha, Suzuki and Honda pulled out and came back after a few years of re-building. While many segments of racing events were dropped, 500cc two-strokes were phased out; Manufacturers were allowed to recruit their choice of engine configuration and much more. But by 2003, the 2 strokes had no game left in the premium leagues despite the higher production costs of 4 stroke bikes. But the 125cc class along with 250cc class didn’t adopt the transition and stuck to 2 stroke engines.

2007 was the year that the MotoGP saw a tragic shift where the maximum engine displacement a machine could have was limited to 800cc for 5 years. And that was just the beginning, the subsequent years saw many more changes to reduce financial losses to an extent where Friday practice and test sessions cut short just to prolong the lifespan of engines, switching to a single tyre manufacturer, and banning qualifying tyres, active suspension, launch control, ceramic composite brakes and carbon brake discs too. 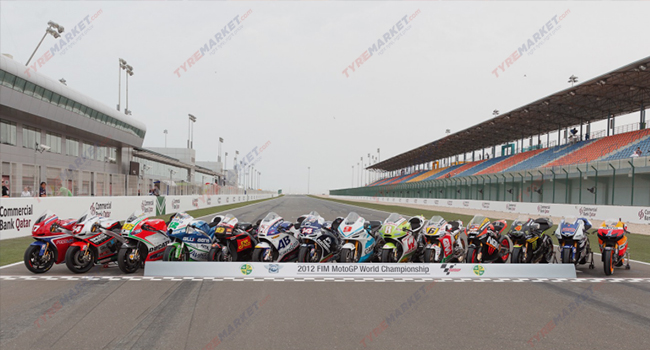 The 2012 season finally saw a breather thanks to the increase in engine capacity that was set at 1000cc again. The newly introduced Claiming Rule Team began making further changes that put riders and manufacturers at more ease. Changes included more engines per season could be used, fuel tank capacity was increased, but all this was subjected to a factory team buying their rivals power train systems for a fixed price.

Over the next few years more changes could be seen such as all teams had to adopt a standard ECU (Engine Control Unit) and certain exceptions could be made by allowing the factory teams to use any software as they saw fit, but the open teams had to stick to the standard ECU prescribed. A few years later the open classes were dropped and all factory racing teams were to stick to the standard ECU. 250cc 2 stroke class was phased out to accommodate the Moto2 where 600cc 4 stroke bikes were used. And the 125cc 2 stroke class too was dropped to make way for the Moto3 where 300cc 4 stroke bikes are ridden.

How does the current day MotoGP event format look like? 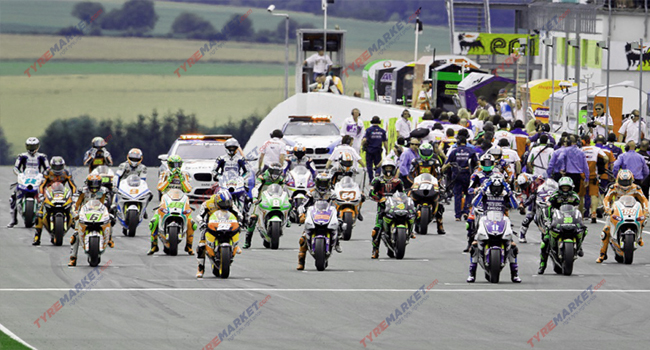 Well, there are 4 main categories namely; Moto3, Moto2, MotoGP and MotoE (The newest entrant to the family which employs electric bikes for their races). The Test and practice sessions happen on a Friday, this is the time the riders are allowed to familiarize themselves with the track and racing teams can make small changes according to the track. On Saturday, all 20 racers are given a certain amount of time and tries to set the best lap time possible. This lap time determines the spot they occupy on the D-day starting line. The one to clock the fastest lap time gets the first position and so on. Come Sunday, it’s the day where just those 45 minutes is nothing but a sprint; start to finish with no pit stops for fuel or change of tires. 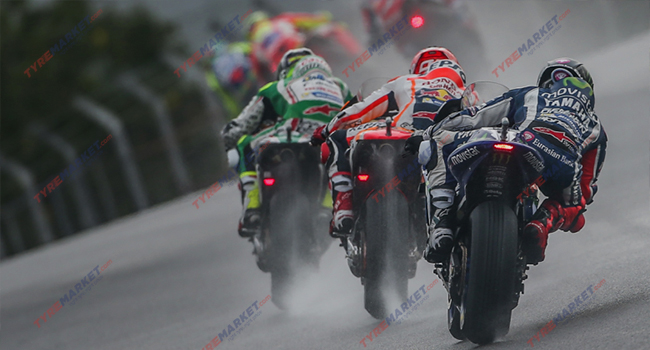 Earlier, the riders were allowed to change tires only when rain fell during the race and the red flag was shown only to restart or resume the race with wet tires, but lately, the rules have changed to allow a rider switching the entire bike in cases of rain after the white flag is shown. The change of bikes means a different set of tires, steel brakes rotors with different brake pads and softer suspension systems. The world championship consists of 19 races held in 15 different countries and only one of which is held during the night. And each finish position holds points that will finally add up to the highest total and the rider with the highest points is crowned the World Champion for that season.

The MotoGP Race Circuits are listed below: 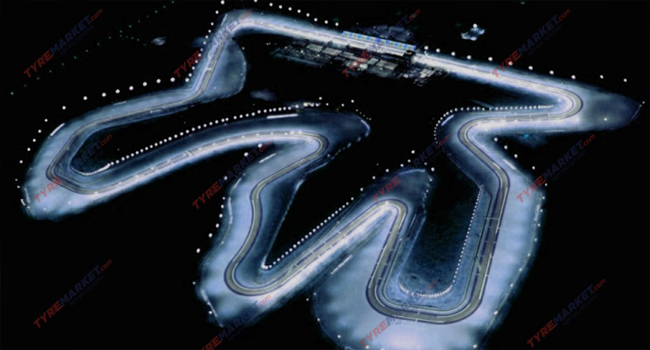 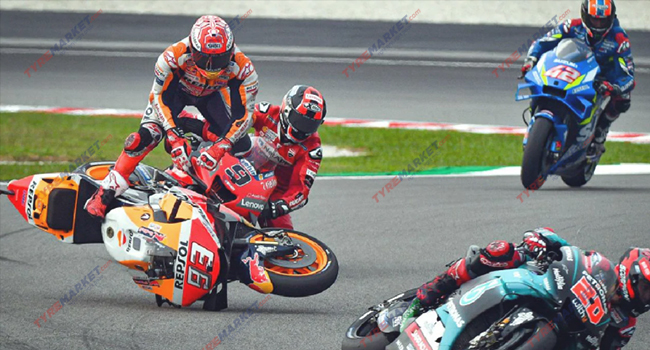 There have been many lives lost in this dangerous sport but the love for it still remains the same and in fact, it seems to be growing by the millions. You will hear many inspiring stories along with the ones that shatter the heart about many brave souls that come with the will to etch their names in the stones of time but that’s just what this sport does to you. Once you have a taste of it, you cannot escape it; you will not want to escape it.

the authorNahala CJ
Ever since I can remember as a child, I have been around Tools, Bikes, Race Tracks, Pit-lanes, Garages where the race bikes were tuned, modified, stripped to the bare chassis and built from scratch again as my father and my uncle were MRF championship title holders for a brief period of 2007-2009. Being exposed to the Tracks, Hill Climb races, Drag races and many long distance tours as a pillion along with the challenges one faces to lead this lifestyle; The culture of bikes and cars has become a part of who I am and who I want to be: A Petrol-Head ;) I’m 22 years old as of November 2019, and I completed my first Solo ride on my Suzuki Access 125 Scooter with a round-about distance of 400 KMS a couple of weeks back and it was truly the most rejuvenating experience of my life. All that being said, I believe I’m alive when riding and the rest is just background noise. Cheers!
All posts byNahala CJ

Delhi Day 11: The smog in the Capital carried a strong sulfur-like pungent odour. The visibility was around twenty metres....

A Road Trip Worth Remembering: Delhi – Lucknow Via Agra -+-

For food lovers, Delhi and Lucknow is a must-visit place. These two places are separated by distance but united by... 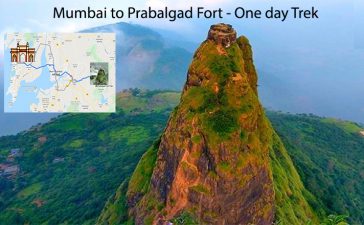 Road Tales, the content platform powered by Tyremarket.com, is about friendship, adventure, exploration and experiences. It is about creating meaning out of regular things that happen.

How To Buy Tyres Online?